In 1895, German physicist Wilhelm Conrad Röntgen discovered that, through electromagnetic radiation in a wavelength range, the human body could be “scanned” and studied. He called the discovery X-rays and in 1901 he received the first ever Nobel Prize for physics.

Without any doubt, X-rays signified a new era in medicine in which imaging was widely used to diagnose various diseases. This also heralded a great improvement in treatment.

Since then, diagnostic radiology has been constantly developing. In the 1970s, after years of experimentation and probing, a new revolutionary device emerged – the magnetic resonance imaging (MRI) scanner. In simple terms, the MRI scanner uses magnetism, radio waves and a computer to visualize nuclei of atoms inside the human body. It gives a much clearer picture of the internal structure of our bodies than an X-ray can.

It is hard to imagine today's diagnostic procedures without MRI scans. They are especially helpful when examining a head trauma or bleeding from the brain, but also the heart and certain kinds of cancer. Generally, the entire body can be thoroughly viewed and future treatment put in better perspective.

That said, the need for MRI technologists has grown rapidly in recent years due to the importance of MRI scanning in today's healthcare environment. These kinds of allied medical professionals can be found in the radiology departments of most hospitals and outpatient diagnostic centers.

What is the role of an MRI technologist? 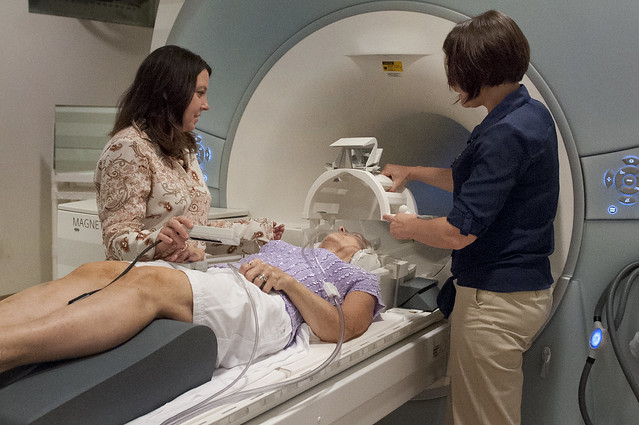 
MRI technologists (also known as MRI technicians or techs) are allied health professionals who specialize in a medical imaging technique known as magnetic resonance imaging. They deal directly with patients and typically work under the supervision of a radiologist.
MRI techs use MRI equipment to create images of the internal structures of the body. These images, which display the anatomic and physiologic conditions of the body, are then used by physicians to assist in their diagnoses. 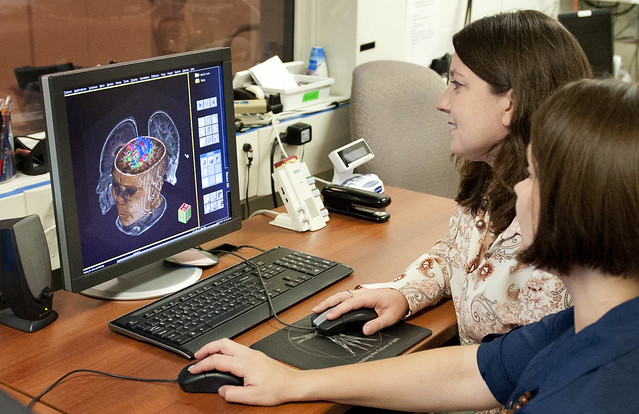 
The job responsibilities of an MRI Technologist include preparing the patient for scanning, monitoring the scan, and assisting doctors with their diagnoses.

Preparing the patient for scanning is the first step. This involves explaining the procedure and ensuring the patient is not wearing any jewelry or metal that may cause a reaction with the magnetic field. Once the patient understands the procedure and safety protocols, the tech is responsible for positioning the patient properly to ensure an accurate scan.
Due to the enclosed design of most MRI machines, MRI techs are often required to keep patients calm and relaxed during procedures. Therefore having good bedside manner can be an important attribute for this profession.
Once the patient is positioned properly, the scan will begin. Following the instructions from the radiologist, the MRI technologist will monitor and adjust the scans accordingly. After the procedure is complete, the tech will often consult with the radiologist and assist in the diagnosis.


There are two primary pathways for becoming an MRI technologist. The traditional method is to complete a degree in radiology and then cross train in MRI. However, it has become increasingly more common for students to train exclusively as MRI technologists. Certificate or degree programs are available for students who are new to the healthcare field and are looking to enter the field of MRI.

Most programs offer both classroom instruction as well as hands-on training using MRI equipment. The majority of training programs will also include a clinical rotation (sometimes referred to as an externship). When choosing a program it is important to choose one that is either approved by ARRT or accredited by ARMRIT. Both of these professional organizations are approved by the American College of Radiology (ACR).


MRI technologists can specialize in a number of areas including neurological scans of the brain or analyses of the blood vessels. Therefore, an understanding of human anatomy and attention to detail are essential for the tech to recognize certain abnormalities. These abnormalities are then detailed in a written report that is given to the supervising radiologist.

Having the ability to lift and transport patients is useful for most healthcare workers, but it is a necessity for MRI technologists. Prior to an MRI procedure, techs are often required to move the patients from a wheelchair or bed to the scanning table. In addition, they must be able to position the patients properly for the scans. All of these tasks require a certain level of strength and balance on the part of the MRI technologist.


Job opportunities exist in hospitals, imaging centers, clinics, and other out-patient facilities. Training in various specialties is often available and most employers require continuing education requirements. For those who want to advance into other areas, opportunities exist in administration, research, education, and sales.


According to the Bureau of Labor Statistics the average salary range for an MRI technologist in 2012 was between $46,400 and $89,130. The highest salaries are typically in large metropolitan areas and the majority of techs were employed in hospitals and diagnostic imaging centers.