ICD-10 Medical Coding: How Will it Affect the Healthcare Industry?

The US healthcare industry is gradually preparing for a major change, starting Oct. 1, 2014. A year from now, the current coding system used to classify diseases as well as a variety of other health conditions, ICD-9-CM, will be replaced by a heavily updated coding system known as ICD-10.

ICD stands for the International Classification of Diseases. It was first adopted by several countries in the late 19th century to track diseases and mortality throughout the world. The current version used in the United States was developed by the World Health Organization (WHO) and was clinically modified (CM) for use by healthcare providers, clearinghouses and health plans. ICD-9-CM has been in circulation since the 1970s, and even though updates are made annually based on healthcare professionals' input, the code set is outdated and cannot meet the needs of today's healthcare reality.

What is medical coding and is it different from medical billing? 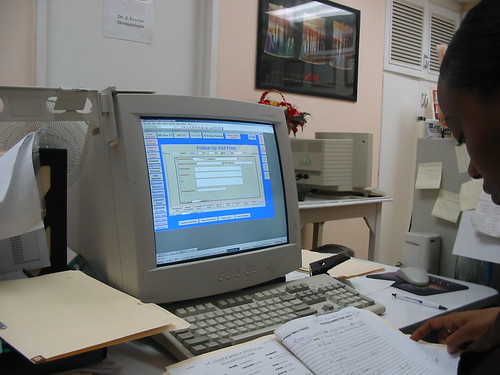 Medical coding professionals are essential to the billing process. In a nutshell, every time a patient receives treatment at a physician's office, hospital or ambulatory surgical center, the provider must make a record of procedures performed. The medical coder's major responsibility is to create a claim by deciphering the treatment documentation, which may include a doctor's notes, lab tests, images and more. Then the coder assigns the respective ICD-9 codes to the procedures. The claim has to be sent for payment either by the insurance entity, the patient, or a Center for Medicare and Medicaid Services (CMS). The medical biller comes next. He or she submits the claim for reimbursement, and follows up with all of the involved parties to receive full payment for services rendered.

Specific skills of the medical coder


Even though the tasks seem pretty straightforward, formal education and training are still necessary and required to be able to work in the field. Coders need to have a thorough understanding of medical terminology and be quite familiar with anatomy. Considering the diversity of insurance plans and regulations, a coder has to be well aware of how the healthcare system works in general. The coder must have a basic knowledge of the various reference books used in the industry - CPT®, HCPCS, and ICD-9-CM - along with their corresponding codes and guidelines.

What is the difference between ICD-9 and ICD-10?


Having been adopted more than three decades ago, the ICD-9-CM is hard to use nowadays because it doesn't reflect rapidly developing technology and the new algorithms of medical treatment. Its main flaw is the lack of codes for important specifics. This makes billing inadequate and quality of care hard to measure. Surprisingly the US is the only industrialized nation that isn't using an ICD-10-based classification system.

The two coding methods differ primarily in the number of codes used. ICD-9 has a little over 14,000 diagnosis codes and around 4,000 procedural codes. ICD-10, however, will upgrade to over 68,000 diagnosis codes (clinical modification) and over 72,000 procedural codes. The codes themselves also convey concrete information. The ICD-9 codes are three to five characters in length. The first character may be a letter or number, and the remaining characters are numbers. In contrast, ICD-10 codes will have three to seven characters, and the first character will always be a letter. Characters two and three will be numbers, and the remaining characters will either be letters or numbers.

Who will be affected by the switch? 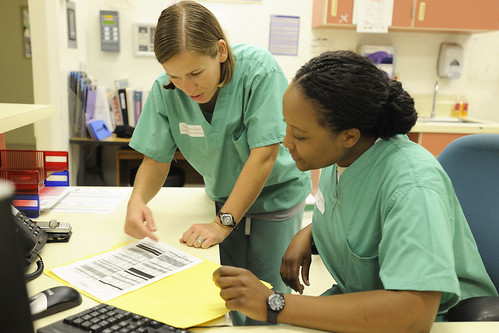 All entities covered under the Health Insurance Portability and Accountability Act (HIPAA), must convert to ICD-10. This includes a variety of healthcare providers in addition to healthcare clearinghouses and payers. Even though the HIPAA code set requirements only apply to electronic transactions, the new coding requirements will be applied to manual transactions as well. This is to avoid the confusion and challenges of having multiple code sets used throughout the healthcare industry.

How will healthcare facilities handle the transition?


The transition to ICD-10 will be costly and it will require extensive staff training. A recent study indicates that a ten-physician practice needs to spend close to $285,000 in order to complete the transfer to ICD-10. Each practice will require software updates reflecting the changes. After that, providers, clearinghouses and payers will need to do extensive testing. Internal testing is needed to ensure that the practice can generate transactions sent with the ICD-10 codes. External testing is done to ensure that it can send and receive transactions.

Staff training is essential for proper execution of coding and billing. Compliance with the new regulations has to start on Oct. 1, 2014. In case of delays, transactions with ICD-9 codes will be rejected as non-compliant and will not be processed.